Those of you who used to visit this blog on a regular basis know my story and  what I went through and the help and guidance I received through my life coach – Stephen Hedger.  To those who don’t – well it’s all here!!   A long read but I think some of the pages and posts are helpful!

I stopped blogging on a regular basis last May (2012) as this blog had served its purpose!

However, I’ve noticed recently that a great many people end up here as they’ve used his name as a search term.  To help you find out how he helped me and the input I received from him here on this blog I’ve now created a ‘Stephen Hedger’ category.

I did not tell Stephen about this site for quite a while and then only allowed him to view but not comment!  It was important to me to feel I could say anything here and not feel restricted or constrained about anything.  He was very supportive of what I was doing and would telephone me when he saw me taking a dip.  Soon it became clear that his advice to me would also help so many others so I invited him to comment when he saw fit.  The result has been so useful to so many.  All the way through Stephen respected this space and commented with immense understanding.

To anyone considering seeking help from him, all I can say is I thoroughly recommend you do!

Good luck with whatever problem or issue you have

That was and sometimes still is my problem.  My divorce was too amicable!  There were no shouting matches or angry words. There was no hatred.  There was an amazing amount of care, of laughter and of indecision.

We hugged masses. We cried together.  We talked  – but probably not enough.  He dithered!!  So much and so often!  The lovely mediator who we went to to finalise our finances would look at us in amazement and confusion after our sessions as we stood outside together chatting and smiling at each other.

When Alex came round to sort out his belongings (which he spun out over 18 months) he would also go and get  take-away meals and stay and chat well into the evening.  Yes he would ‘bolt’ when it was time to go and then he’d run from a more significant hug. No wonder I was confused.

It was the way it was.  We conducted ourselves with a strange kindness and care, masses of uncertainty and  confusion!

I will always believe that had we found Stephen earlier – and by that I mean before the OW came into our lives – we would have come through together  –  together and very happy.  It might have been a challenging ride but I believe worth it!!  We each had issues we  needed to address but neither of us realised what those were.  From what Alex said he discovered things about himself he didn’t know were there.  It was the same for me!

The legacy of all this kindness is perhaps harder to live with as we still get on so well!

Enjoy your day dear reader.  I’m off house hunting this morning as I learnt this week that my landlord has decided to sell my little rented cottage from under my feet – and not to me!  I need to give myself some security and certainty and that starts with having somewhere to live!

So as one who isn’t known for letting the grass grow beneath her feet I’ve just launched Global Help.

This idea is open to any blogger who wants to join!  The only requirements are:

As I said in my earlier post today we have a wealth of ideas and information between us and by linking together we can share and so offer help to others who may be floundering around searching.

When I started this blog 2 years ago I had two main objectives!

So to this end  this is my suggestion

If you would like become part of a global  network of help then please can you add a page to your blog called, I suggest, “Things that Help”  or something of that nature and then put on that page all the things you’ve found.  Including, if you want,  the name of specific therapists etc.

I am  going to invite my life coach to add a paragraph to my blog if he would like.

This way we can help others all round the world with as much concentrated information as we can muster.

All we then have to do is to add, say, another page called “Global Help” and list there all the blogs which are doing this and we can all link together.

Let’s go for it everyone.  We have a huge and valuable amount of information between us – let’s share it.

I think this is important stuff so let me know what you think!  Please do comment.

This has been on the cards for some time and happened this afternoon.

How Alex felt about the meeting I, of course, have no idea.  All I know is that from my point of view it was very pleasant and lovely to see him. He stayed for nearly two hours and we chatted about lots of things – including a great deal on NLP!.  We kept clear of anything emotional right to the end when he asked me to keep in touch.  Well he knows where I am so that’s down to him.

There are  probably a whole stack of other emotions which could be hiding waiting to come to the fore.  Anger is still not one of them.

I’m going out for a curry this evening.  Which is a very good thing!

My future beckons – and I’m moving towards it.

Tomorrow is another day.

Looking back (dangerous – but somehow necessary just now) I realise for the last 6-10 months of my marriage unconsciously I knew I wasn’t getting the love I craved from the man I loved!  Shame this didn’t kick in at a more conscious level!!!

This resulted in me doing things which I can now see were never going to improve the situation.  But things I probably learnt in childhood to get attention.

Things I did:
I used to talk to my PC – OK funny now but at the time it drove me mad – I couldn’t stop talking whilst typing or working at my PC.  I never did this when I was on my own – only when Alex was in the same room – like a small child I think  I was craving attention by talking which was incredibly irritating – to both of us. We both hated it.  Neither of us realised why I was doing it.  All I know is it was incredibly compulsive.  I really couldn’t stop!

If we were watching a film on TV I’d keep turning to him to see if he was moved by the more romantic scenes and I’d ask – mid film – so breaking his and my involvement in the film.  Again it would drive us both mad.  Now I see what I wanted and was crying out for from him was some of the love I was seeing on the screen.

And then at night I would ask to be hugged.  He couldn’t.  He was too lost in his own dilemma.

This is not a ‘sorry me’ post by the way!   It’s just a “This is the way it is and this is one of the myriad of reasons my marriage failed”.  There are others.  His side of the equation which I don’t know about.

For me at least I now know that if I do start behaving in this rather bizarre way again I’ll know it’s attention seeking and that I’ll need to take action fast to investigate why. 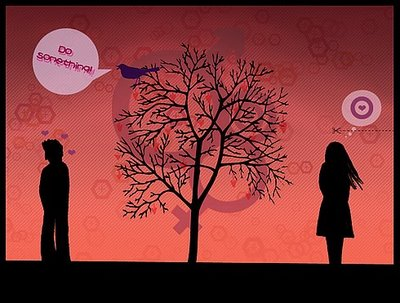 Unauthorized use and/or duplication of this material without express and written permission from this blog’s author is strictly prohibited. Excerpts and links may be used, provided that full and clear credit is given to icansurvive with appropriate and specific direction to the original content.

Readers around the world

Route to take off: